Carabao Cup: Who will go all the way?

It might only be January, but the Carabao Cup has simmered down to its final four. What is seen as England's third most important domestic trophy has proven in recent years that it is still relevant and has the capacity to enthral - particularly when the big teams are involved.

The four teams to reach the semi-finals of the 2019/20 edition are Manchester United, Manchester City, Leicester City and Aston Villa. Let's not be coy about this - for all of these teams, the Carabao Cup may represent the most realistic, if not the only, chance of silverware this season.

Now that we understand its importance to the remaining protagonists, let's look at their prospects: 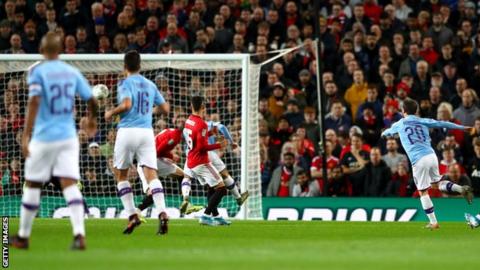 United's season is developing into something of an enigma. Performances like the recent wins against Man City and Spurs have shown them to be capable of beating the best, but defeats like the capitulation at Watford lay bare multiple weaknesses. Going into their 15th Carabao Cup semi-final, punters can expect United to put out a strong side as manager Ole Gunnar Solskjaer eyes his first trophy at the helm. Look to homegrown striker Marcus Rashford to make an impact - he has been involved in eight goals in his last five Carabao Cup appearances.

While a third successive Premier League title might be out of their reach, City manager Pep Guardiola will not settle for anything less than a winning mentality, regardless of their prospects of winning a major trophy. Consider that Pep has won his last five domestic semi-final matches. When considering your new free bets, also note that livewire Raheem Sterling has been involved in 14 Carabao Cup goals (six assists, eight goals) since 2013/14. Can City retain the Carabao Cup?

The Foxes' league form marks them out as one of the best sides in the country - and the Carabao Cup represents the perfect opportunity to confirm that status with a trophy. From a sound defence featuring the likes of Ça?lar Söyüncü and Ricardo Pereira, to coveted talents such as Jamie Vardy or James Maddison in attack - Leicester have quality all over the park and can be expected to negotiate two legs against their Midlands rivals.

Villa could be seen as outsiders for the trophy by many, and their lowly position in the Premier League table reflects a side which can be picked apart by the big teams. Leicester is likely to take confidence from their 4-1 league win earlier in the season, meaning this could be an uphill struggle for them. If Villa can come away from the first leg at the King Power Stadium without a large deficit, perhaps the Villa Park faithful could inspire an unlikely upset.