This season’s Copa Del Rey is turning into a real runaway montaña rusa (rollercoaster). With Barca and Real Madrid exiting the Spanish cup competition in the quarter-finals, footy fans are in for a treat this week. There's a pair of exciting semi’s on offer to tempt those whose betting balances have been more idle than usual as a result of the Premier League’s winter break.

The Copa Del Rey has been re-energised this season with a fresh new format. The departure of La Liga’s dominant giants paves the way for a potential all-Basque climax and the possibility of a fairytale winner from Spain’s second division.

A decade has passed since the last time Real or Barca were not present in the final such is the dominance of the two in Spanish football. Of this year’s final four, two clubs have never won the competition and the other two haven’t lifted the cup since the late 1980s. The semi-finals of the Copa Del Rey are held over two legs with the follow-up games scheduled for early March. 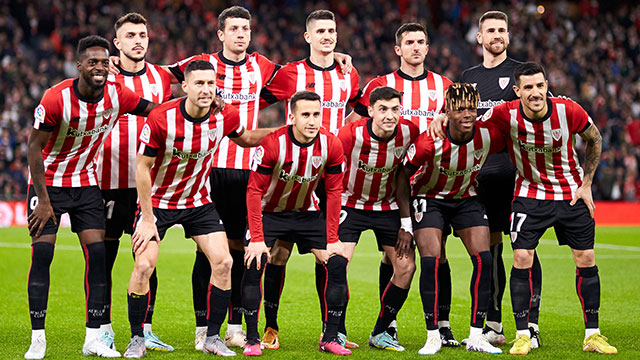 First up it’s Spain’s fourth most successful club against the team from Andalusia whose previous best finish in the Copa Del Rey came in 1959.

Athletic are out of the running for a Champions League placing in this year’s La Liga and will be targeting cup success as a priority for the remainder of the season. The same may be true for Granada with the threat of a relegation battle gone but the Nasrids are leaky at the back and lack a potency up front.

Betting tip: anything could happen and the pair could cancel each other out. Bilbao are favourites though so we'll pick a home win and a yes to BTTS, with under 2.5 goals thrown in for good measure.

Quite where Mirandes have found their cup form is a mystery. The club from the city of Miranda de Ebro, an hour’s drive inland from Bilbao, find themselves languishing in mid-table in the Segunda Division but dispatched of Villareal in the quarters having already beaten off Sevilla and Celta Vigo. Mirandes scored nine goals in the process with some wonderful counter-attacking football but notably, all of those ties were played at home.

Betting tip: Surely the fairytale will end, won’t it? If Mirandes go behind early on it will probably be curtains. But we’ll have striker Matheus Aias (who has five so far in the cup) to bag a goal and over 2.5.