Following the Nations League defeat to Portugal, Holland and Ajax defender Matthijs de Ligt was apporached by Cristiano Ronaldo and asked about a potential move to juventus.

In a bizarre move, imediately after the final whistle, rather than celebrate their success, Ronaldo approached a bemused Matthijs de Ligt to tout the youngster with Juventus interest. This move has caused much media specualtion and seen the odds on De ligt joining Juventus move from 30/1 down to 14/1 (best odds with Betway). 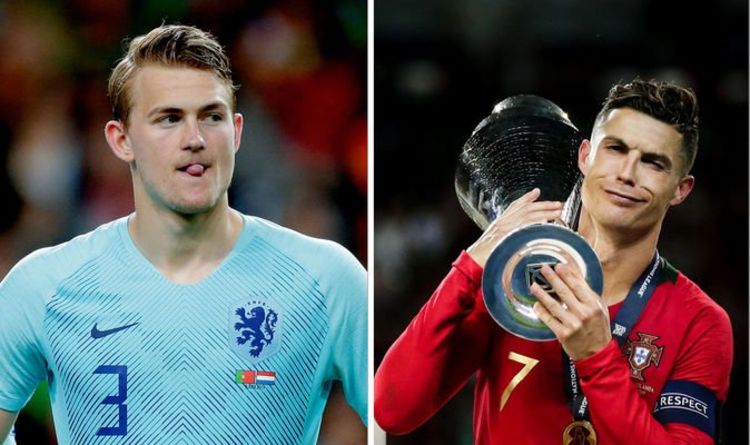 Portugal defeated the young Netherlands team to lift the new Nations League trophy in Porto in a very cagey affair that had more of a friendly approach. Much speculation surrounds several of the youngsters on show but nobody expected Ronaldo to be persuading oppotion to join his club team following the final whistle.

This must be startling for the Ajax teen to see five time Ballon D'or winner Cristiano Ronaldo tapping him up. Howver De Ligt has played down the speculation. "I didn't understand him (Ronaldo) at first. I was a little shocked, so I laughed. But I didn't say anything," He went on to add that his club career was the last thing on his mind following the disappointing defeat. When asked about what the future holds, he replied "I will first go on a nice vacation and rest. I will let it happen and then I will see"

Barcelona, who recently secured his team mate De Jong remain favourites to land the Ajax skipper at 7/4, however they will face stiff competition from PSG, Manchester Untied, Liverpool & Juventus to land his services.

Did Cristiano Ronaldo take it upon himself to tout De Ligt, or was he told to do it? At 14/1 we think Juventus are a strong contender and a fantastic bet. Afterall, could any other 19 year old turn down a Ronaldo/Juventus approach?