How do Liverpool and Manchester United compare? Explore their Premier League stats

Liverpool host Manchester United live on Sky Sports this weekend - but how do their stats and styles compare this season? Use our interactive tools to find out...

Get Sky Sports to see Liverpool take on Man Utd this weekend. Find out more here.Liverpool are the form team after they leapfrogged Manchester City to top the Premier League table with a 4-0 win at Bournemouth on Saturday - their fourth successive league victory.

In contrast, Manchester United have struggled this season and trail their rivals by 16 points - but they at least re-found their goalscoring touch with a 4-1 win over struggling Fulham last time out.

As the graphic below shows, Liverpool have remained in the top three since the opening weekend, assuming top spot in six out 16 matchdays.

Meanwhile, United, who were down in 14th place earlier in the campaign, broke into the top six for the first time this season after beating Fulham - ending a four-game run without a win.

Despite the current disparity in league standings, the teams are fairly evenly matched in front of goal, with Liverpool scoring six more times.

You have to be in it to win it!

The radar graphic below shows how Liverpool are more likely to thread balls through defences - for Mohamed Salah and Sadio Mane to run onto - and also pose a greater aerial threat, which may be a surprise given the height and physicality of Jose Mourinho's men. 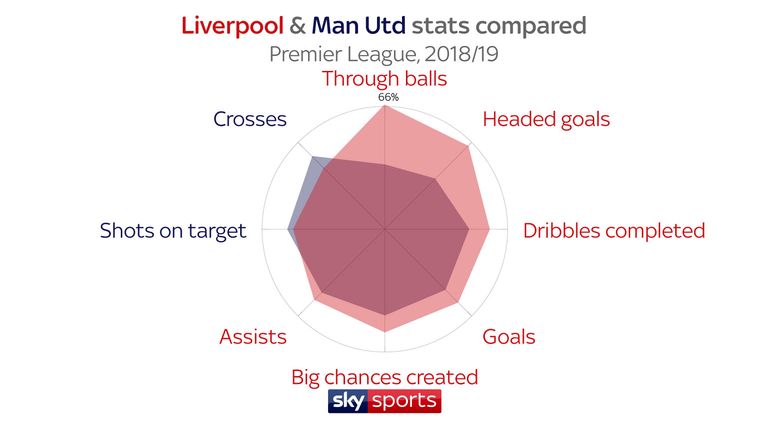 United's difficulties this term primarily stem from defensive frailties. They've averaged 1.6 goals conceded per game this season, which is more than twice as frequent as 2017/18, when they conceded just 0.7 per game on average. 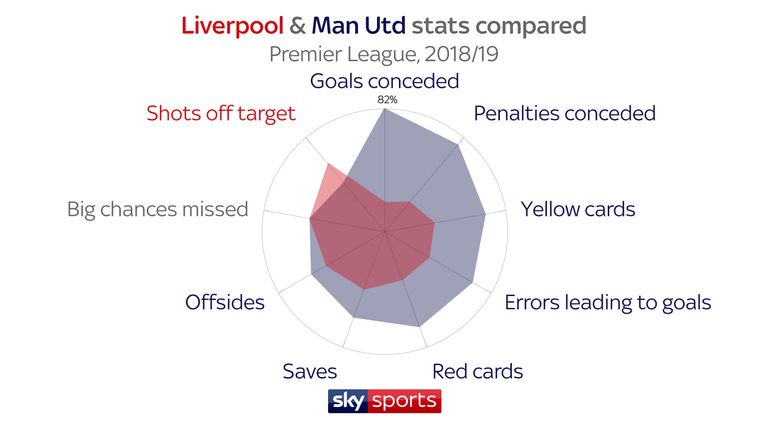 The interactive graphic below highlights how both sides are similarly matched in attack and United's defensive struggles - with David de Gea facing nearly twice as many shots as Liverpool stopper Alisson. 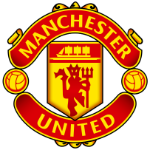 In terms of formations, both managers have made notable changes this season. 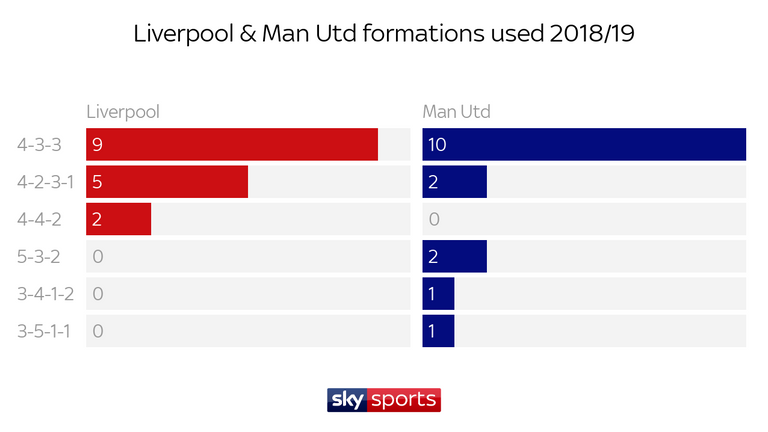 The graphic below shows how both sides have hotspots of activity down the flanks, but the Reds take a far greater proportion of touches in the central defensive region - suggesting a more patient approach in midfield.

Goalkeepers Alisson and David de Gea are the only players to have played every minute this season for their respective clubs, but overall Mourinho has shuffled his pack far more frequently.

While Salah and Romelu Lukaku were outright top scorers in the Premier League for their respective clubs last term, both sides have a broader source of goals this season.

Once again, Salah tops both sides with 10 goals, boosted by his hat-trick at Bournemouth. United's Anthony Martial is next with seven, with his team-mate Lukaku and Liverpool's Sadio Mane level on six.

Use the interactive graphic below to discover which players top the charts, including how Marcus Rashford leads for assists, Matic and Georginio Wijnaldum dictate possession and Van Dijk and Paul Pogba love to spray a long pass.

But can United finally end Liverpool's unbeaten streak in the Premier League?