The Scottish Cup - not just an Old Firm competition

It's easy, when looking at Scottish football, to see Rangers or Celtic - and nobody else - in the winner's circle. This is certainly the case with the fight for league supremacy - it's a given. Since the Scottish Premier League's formation in 1998 (now the Scottish Premiership) no other team has topped the table at a season's end.

However, during that time period, the captains of Hearts, Dundee United, Hibernian, St Johnstone and Inverness Caledonian Thistle have hoisted the Scottish Cup trophy above their heads - the last two named for the first time in their club's history.

As the top league teams join the fray, it's always fun to try and pick out the possible early-round upsets. Rangers kick off the weekend at home to Stranraer - an away victory would probably not be predicted by even their most passionate of fans. There's an old Scottish football saying 'Firhill for Thrills' but nowadays that is extremely doubtful as Celtic head to that particular Glasgow derby venue to meet Partick Thistle. 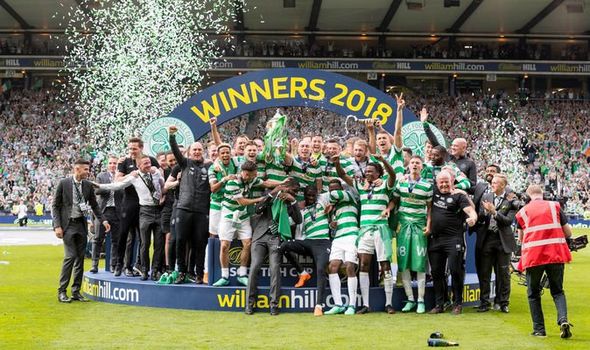 Looking for the best chance of an upset might take us to the final fixture - the Sunday clash between runaway Championship leaders Dundee United and inconsistent Hibs. The previous day, just across the road, Dundee might well test their Premiership visitors Motherwell.

Elsewhere, bottom-of-the-league Hearts will have the chance to show whether new manager Daniel Stendel's influence has been felt during the mid-season break. They are at home to a strong League One side in Airdrieonians.

If you are looking for the romance of the cup, Broxburn Athletic from the East of Scotland League visit goal-shy Premiership strugglers, St Mirren. However, it is still a huge stretch to imagine a shock there.

Maybe League Two high-flyers Edinburgh City could trouble their hosts on a visit to Hamilton Academical, and Raith Rovers might fancy their short trip across the Forth to Livingston.

Of course, for sports betting and cup football predictions, it does tend to depend on the draw along the way. But if you do want to stray beyond the Old Firm, then Aberdeen or Motherwell might prove to be the best stayers among the rest of the field.