Your Free Bet has rounded up all the transfer rumours and paper talk and narrowed them down to the top headlines that are making the papers.

Paul Pogba is set to hold talks with Ole Gunnar Solksjaer this week to try push through his return to Juventus. Real Madrid are also said to be interested in the World Cup Winner and want away United star. 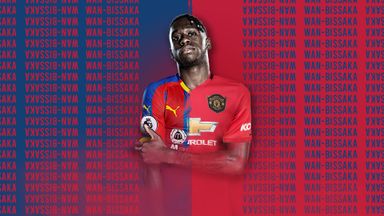 Inter Milan look set to make a £62.5m offer for United and Belgium international Romelu Lukaku. Lukaku's United career seemed to nose dive last year as he struggled to make an impression and hold down a position in the starting line up.

It is no surprise that Neymar could be returning to Barcelona in a move that could see Coutinho moving in the other direction.

Manchester United look set to make a £50m offer for Aston Villa and Scotland's John McGinn. McGinn was purchased by Aston Villa 12 months ago for £2.5m.

Christian Eriksen's family have been spotted house hunting in Madrid further increasing speculation over a move to Real Madrid in the coming days.

Atheltico Madrid want to extend the stay of on-loan Chelsea striker Morata. However with Chelsea on a transfer embargo it is unlikely that they'll extend the loan.

Manchester City winger Jack Harrison is at Leeds to complete his medical ahead of a season long loan.